Supporting those who support our Nation

To install new mains to the existing water distribution system to improve the water quality for Belle Chasse Joint Reserve Naval Base in New Orleans, LA.

This military base houses several different agencies, and each agency had their own infrastructure crisscrossed throughout the base with no master as-builts. To account for these multiple unknown conflicts, APC performed exploratory excavations and potholing to determine what underground utility lines were present that were unmarked.

APC performed an open cut installation of 42,000 LF of PVC C-900 waterline that ranged in size from 4” to 20” diameter of underground water distribution mains. All trenching and excavation performed was certified. Installation, welding and testing of 3,200 LF of 8” & 16” HDPE firewater line was completed as well. The new waterline had to be excavated, installed, pressure tested and chlorinated before making final tie-ins to the existing system.

A large portion of the existing 20” main had to be grouted and abandoned in place after final tie-ins were completed. While installing the mains, approximately 300 unknown existing utilities were encountered. Our scope increased since the directional drilling contractor’s scope was eliminated to minimize the chance of an unknown, unmarked utility strike. These utilities were safely exposed by APC, and we successfully worked around these various unknowns to complete our contracted and change order work.

Foundations for the pump house and other equipment foundations were added to APC’s scope of work which included excavation, forming, re-steel installation and placing of various foundations and the associated above ground piping for the new equipment. 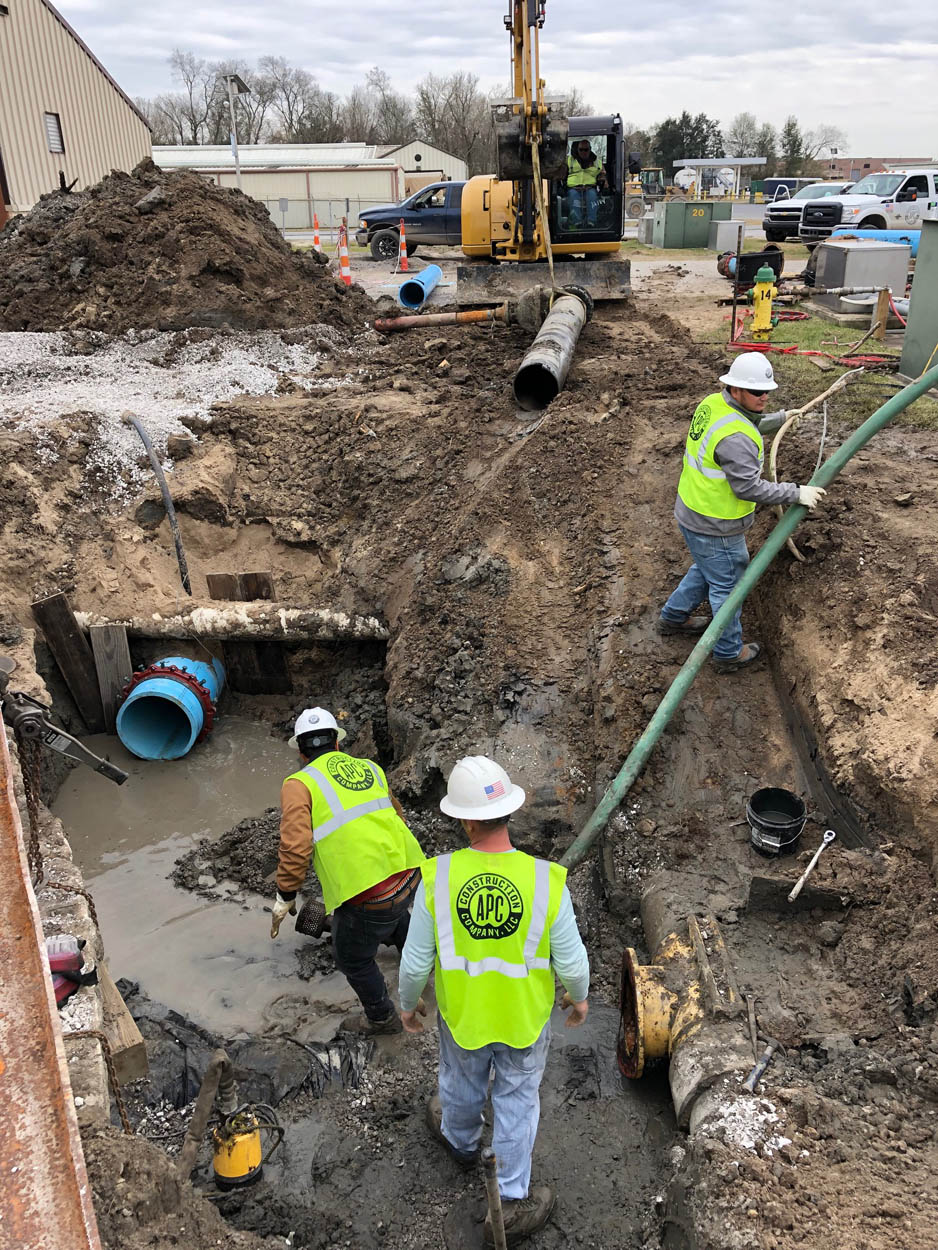 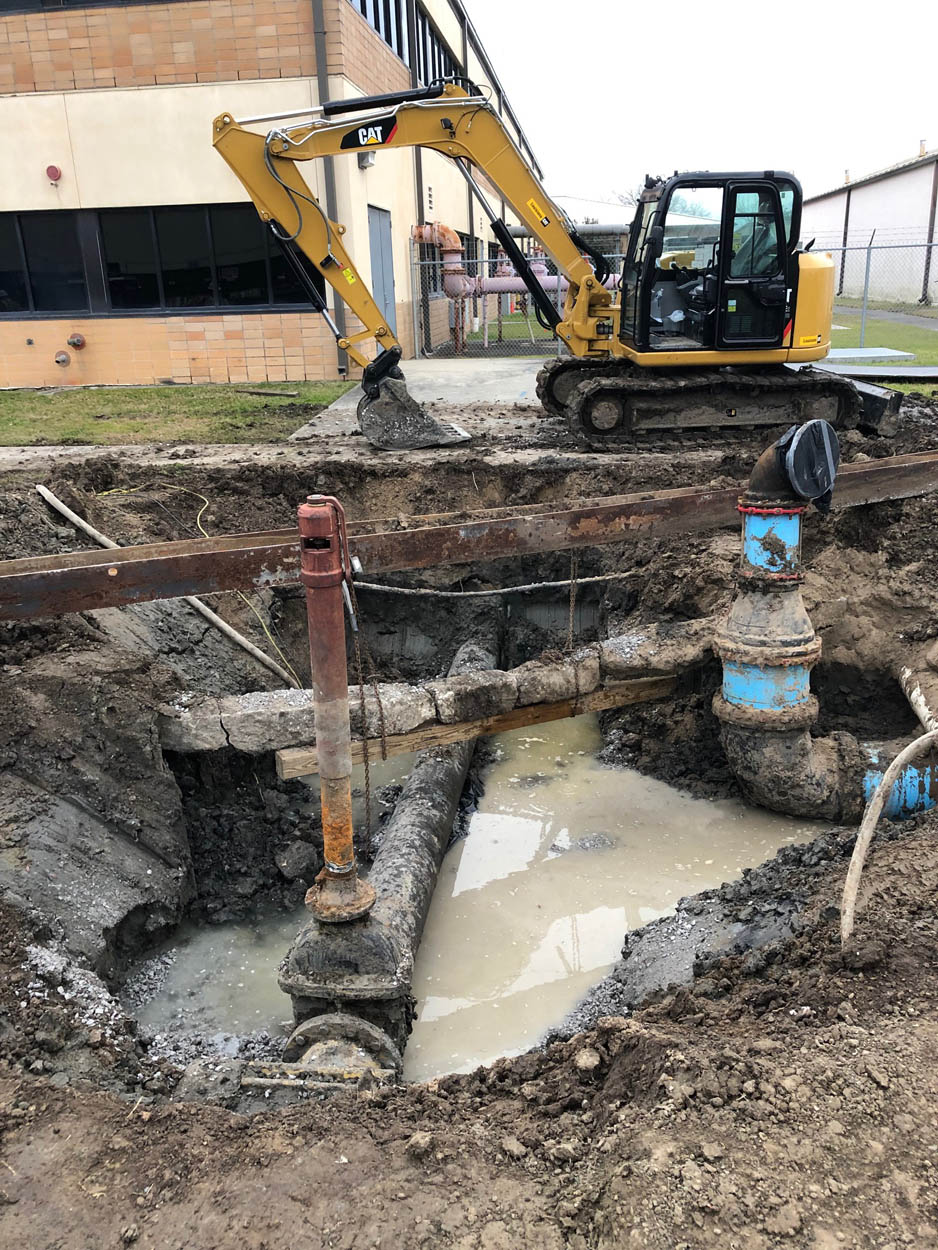 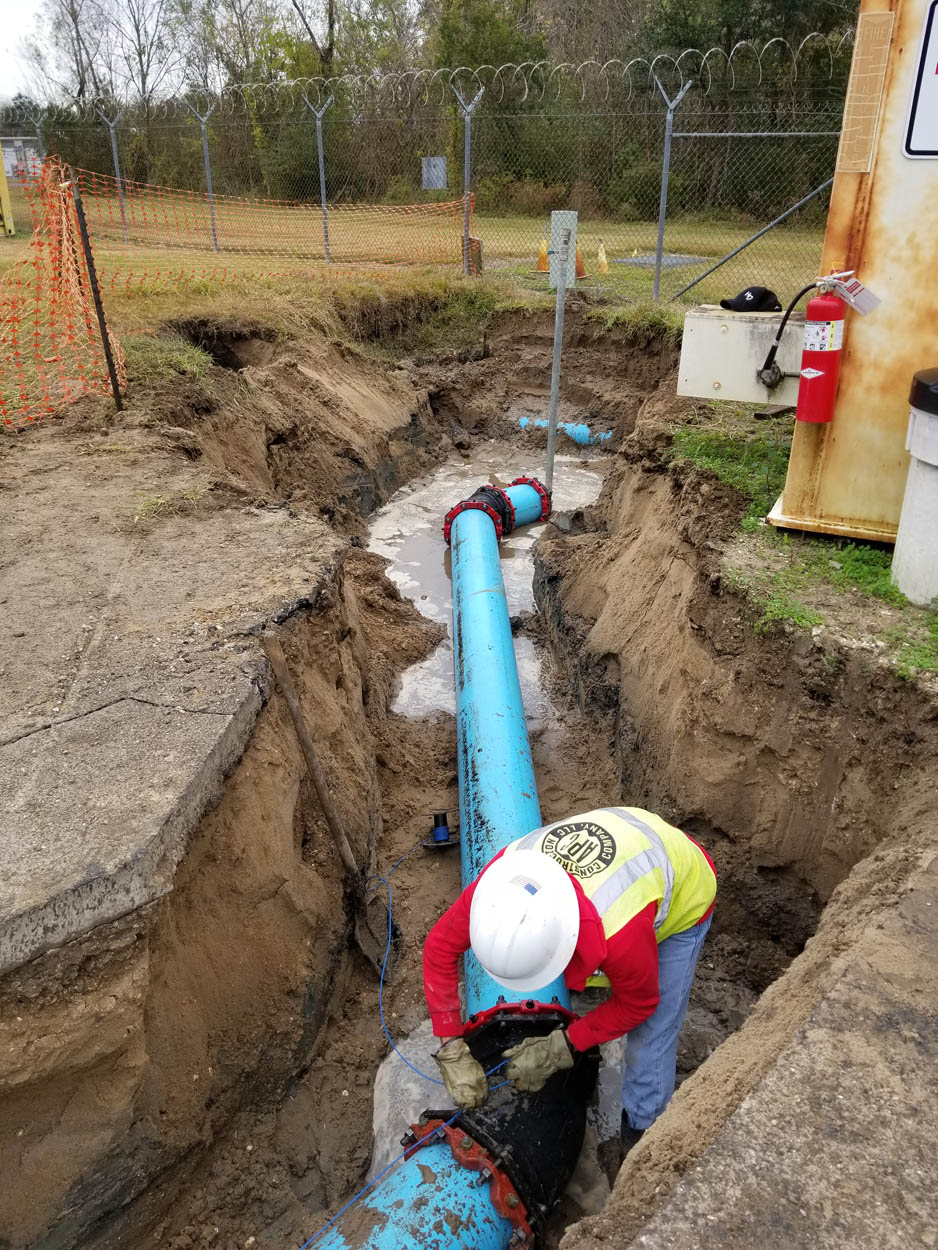 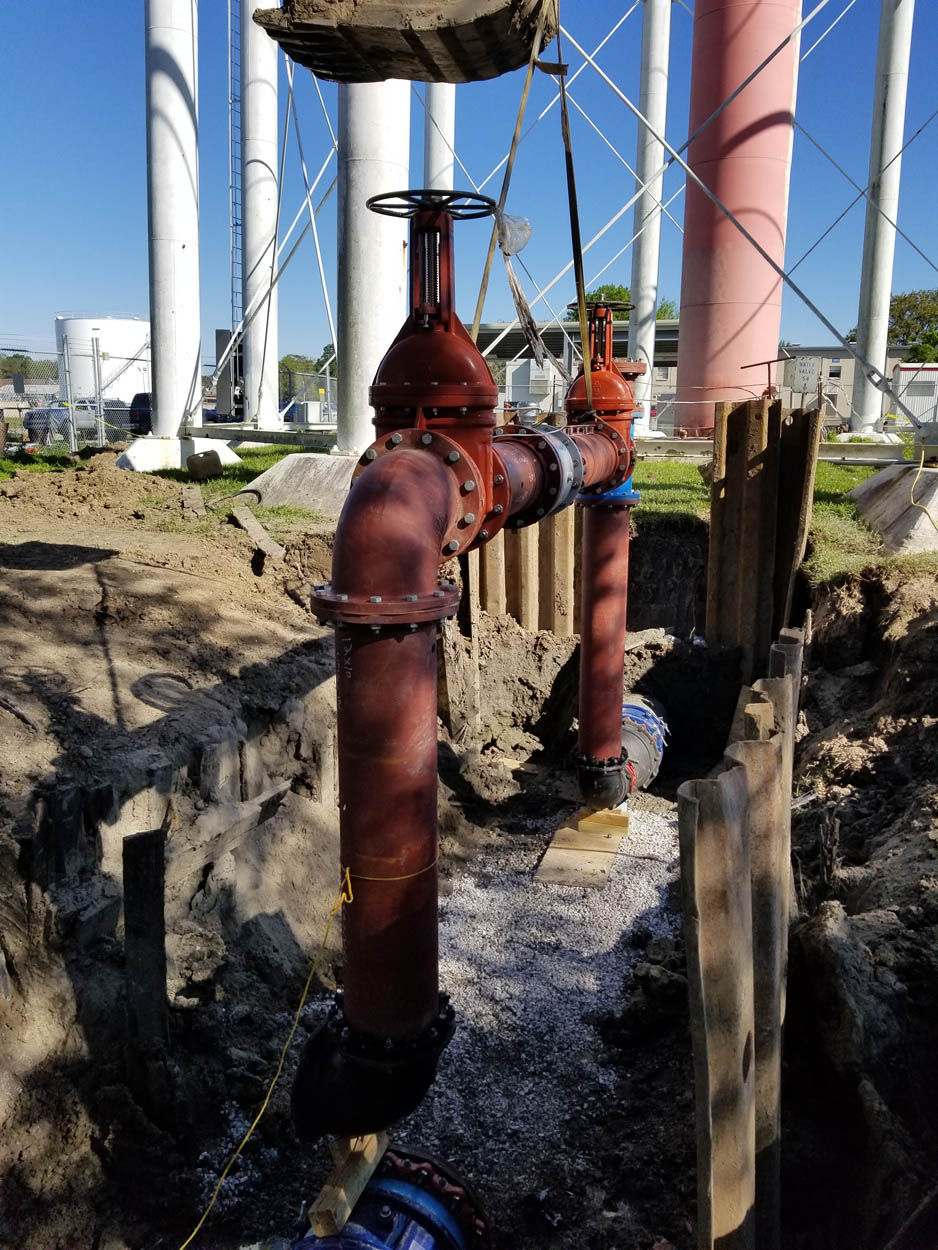 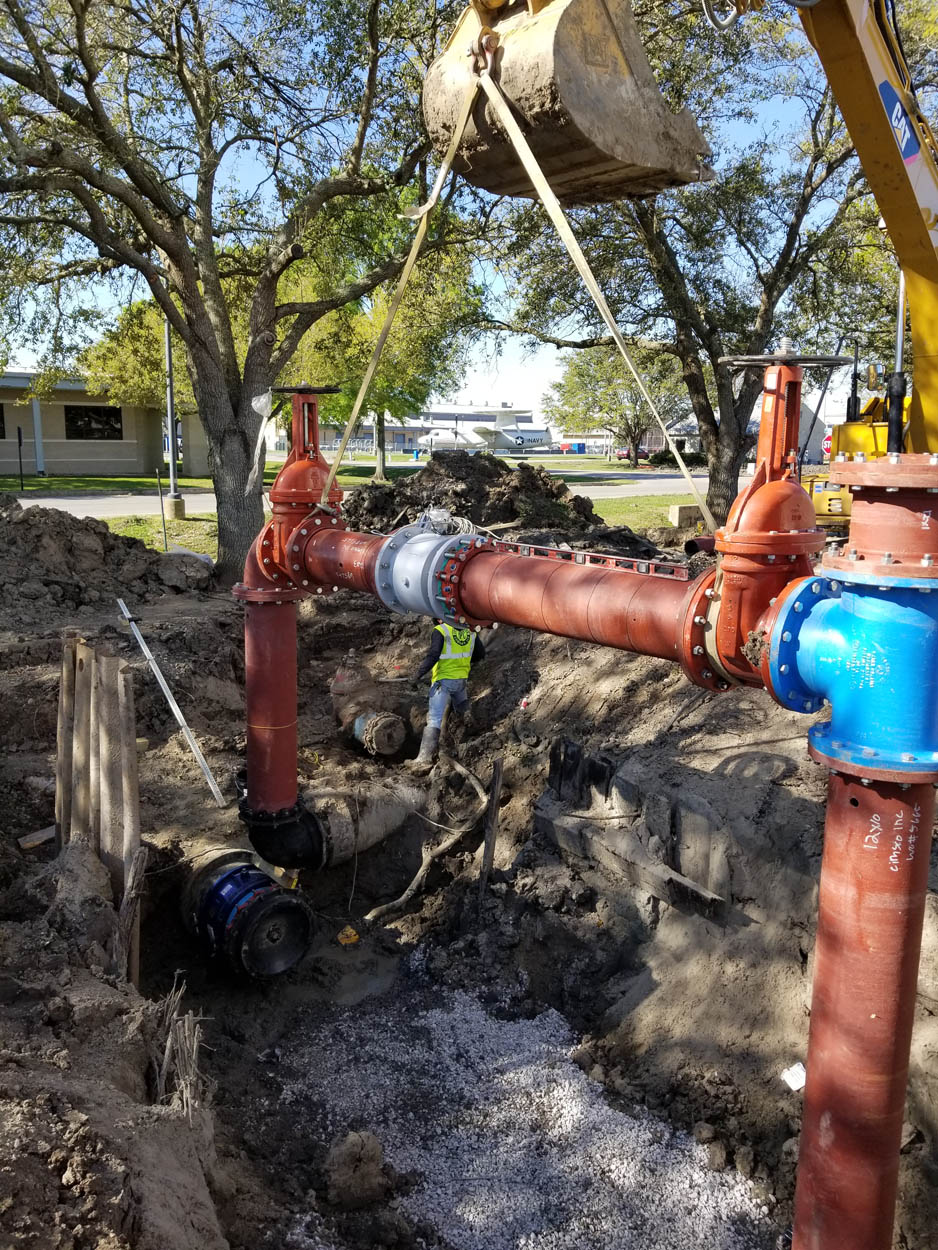 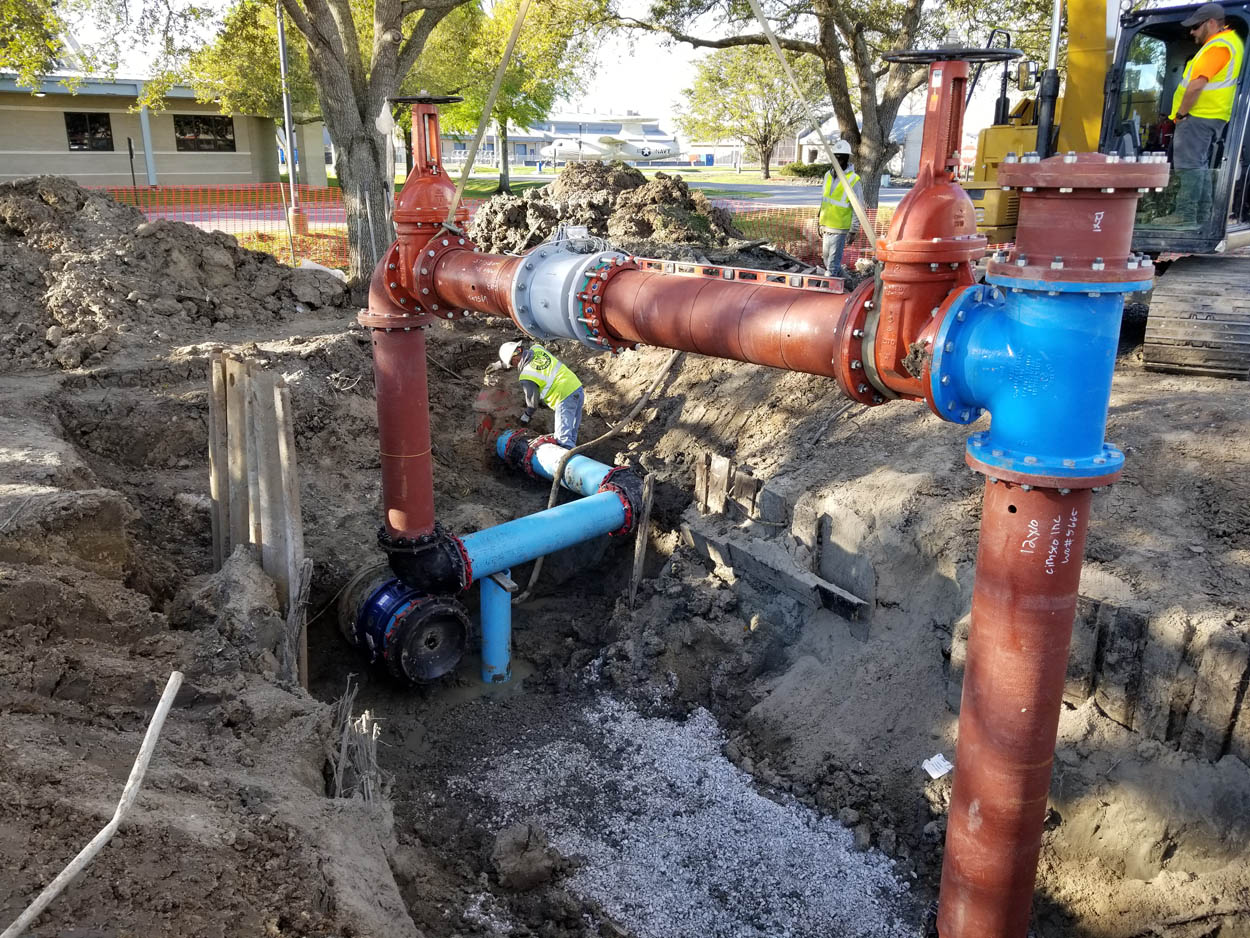 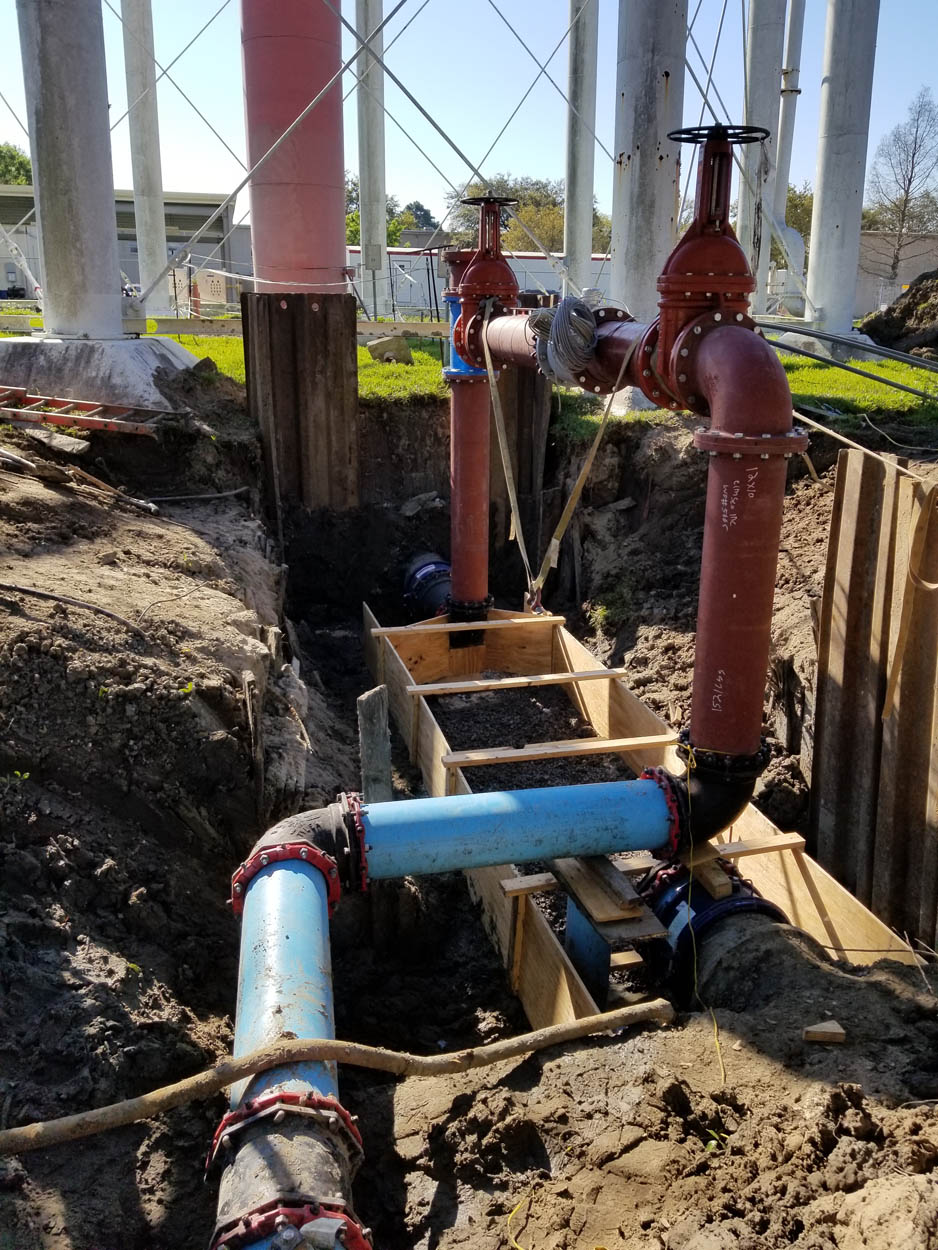 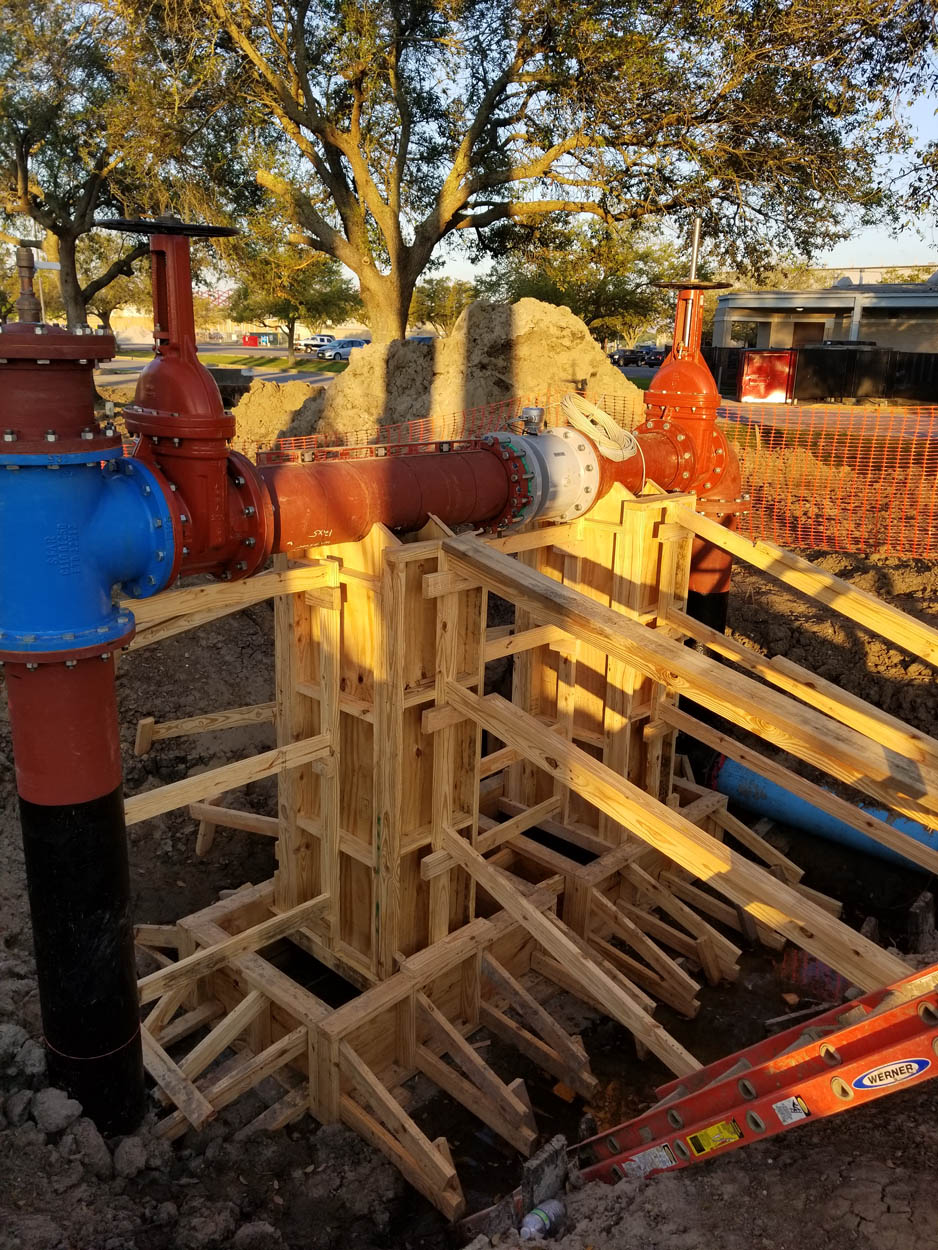 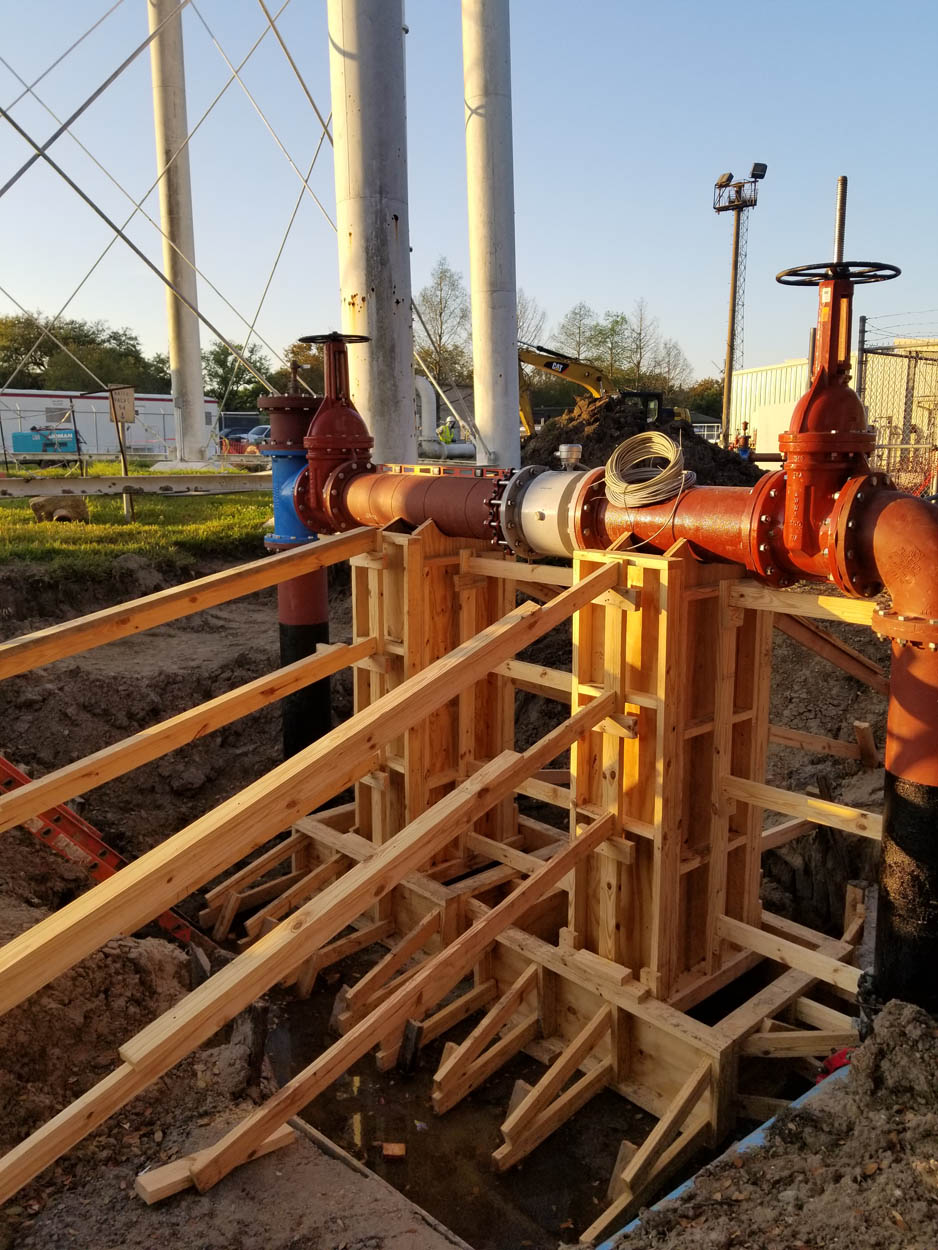 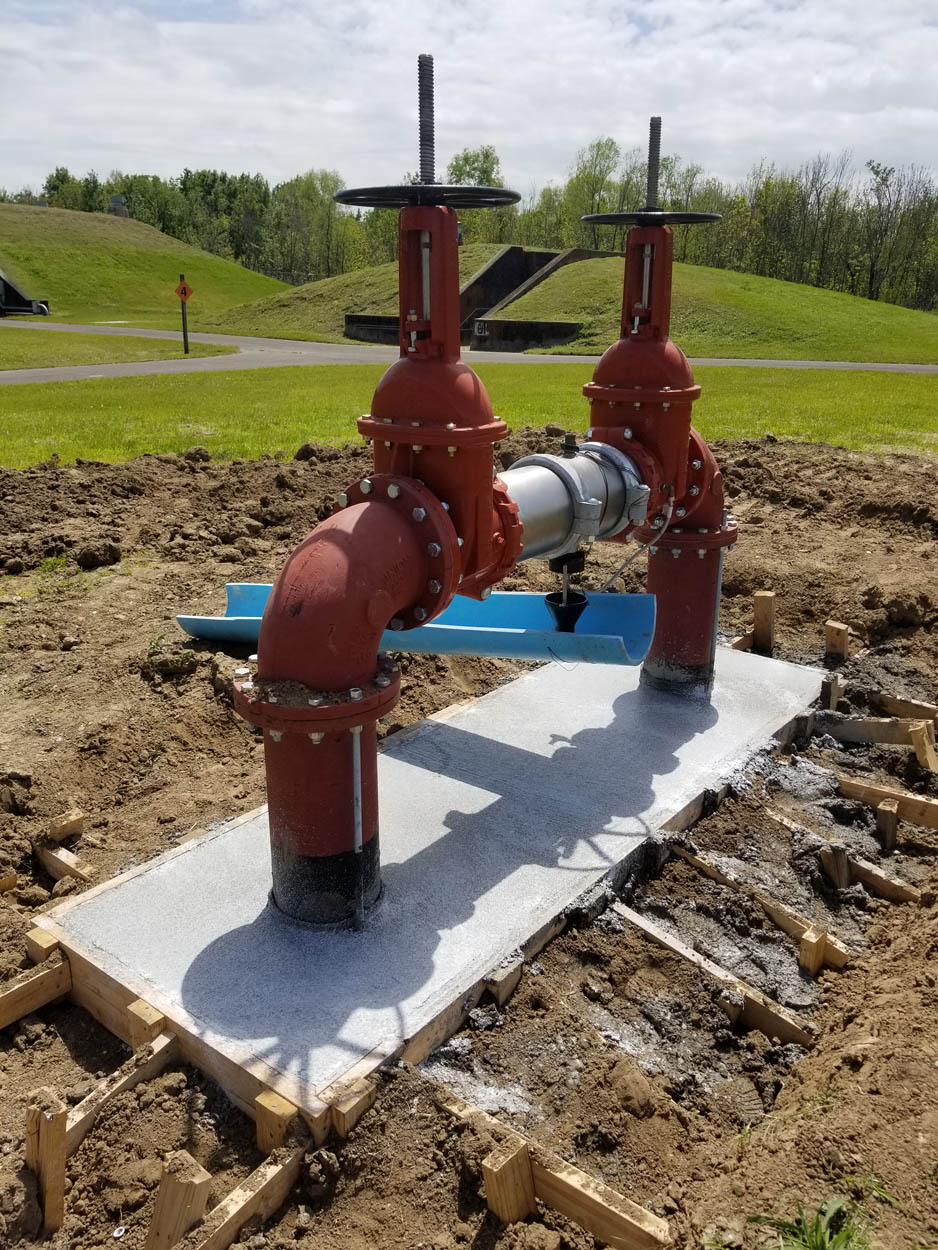 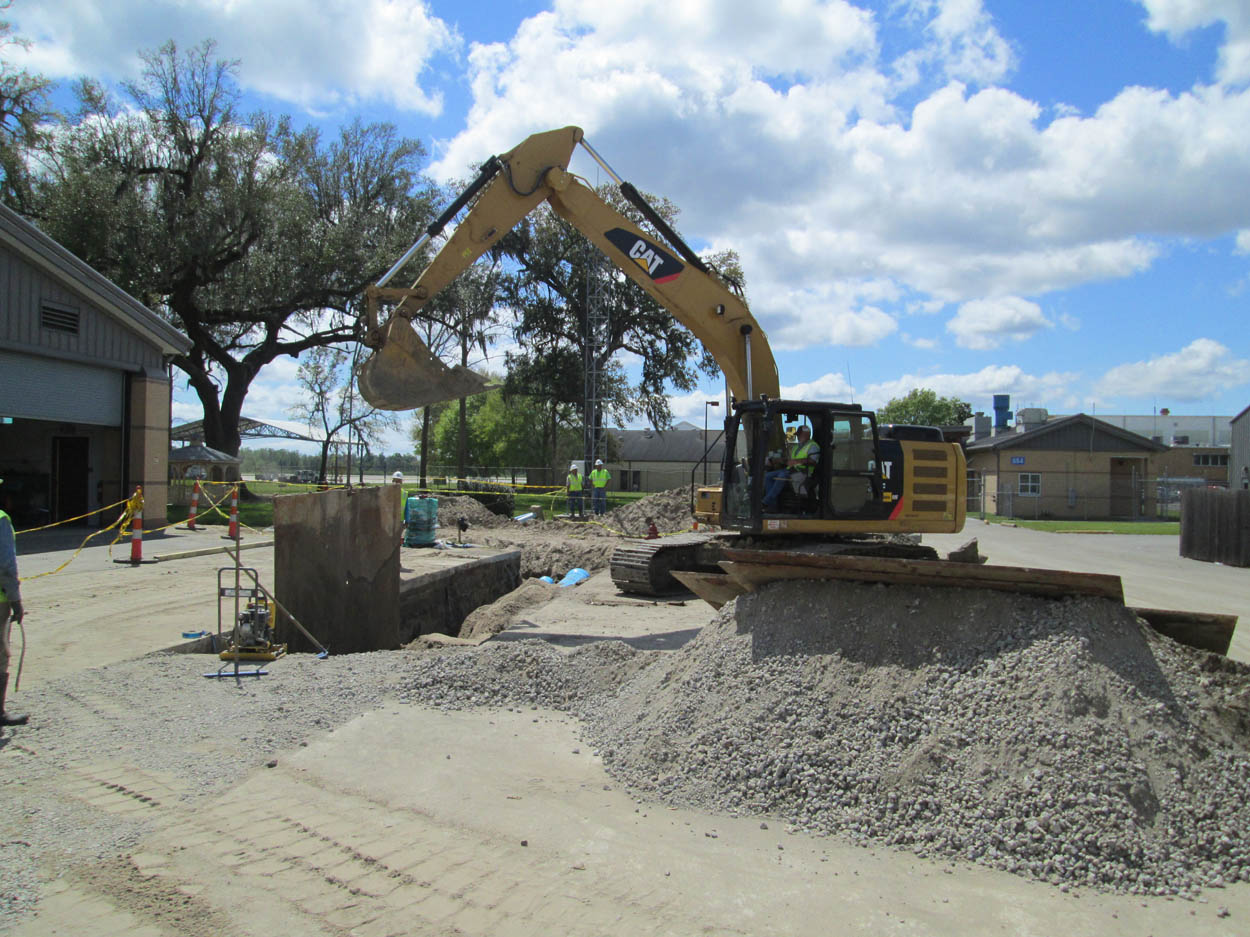 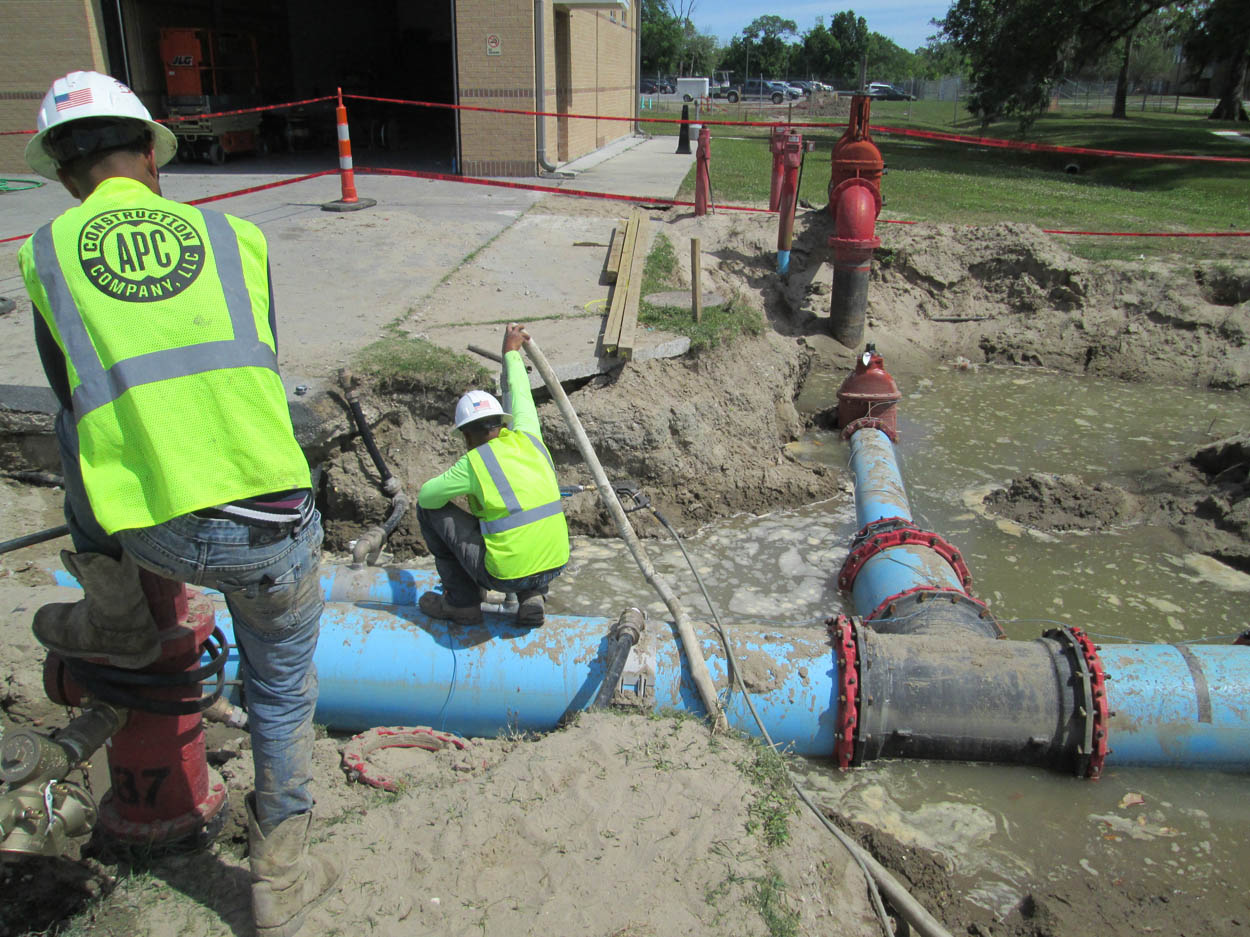 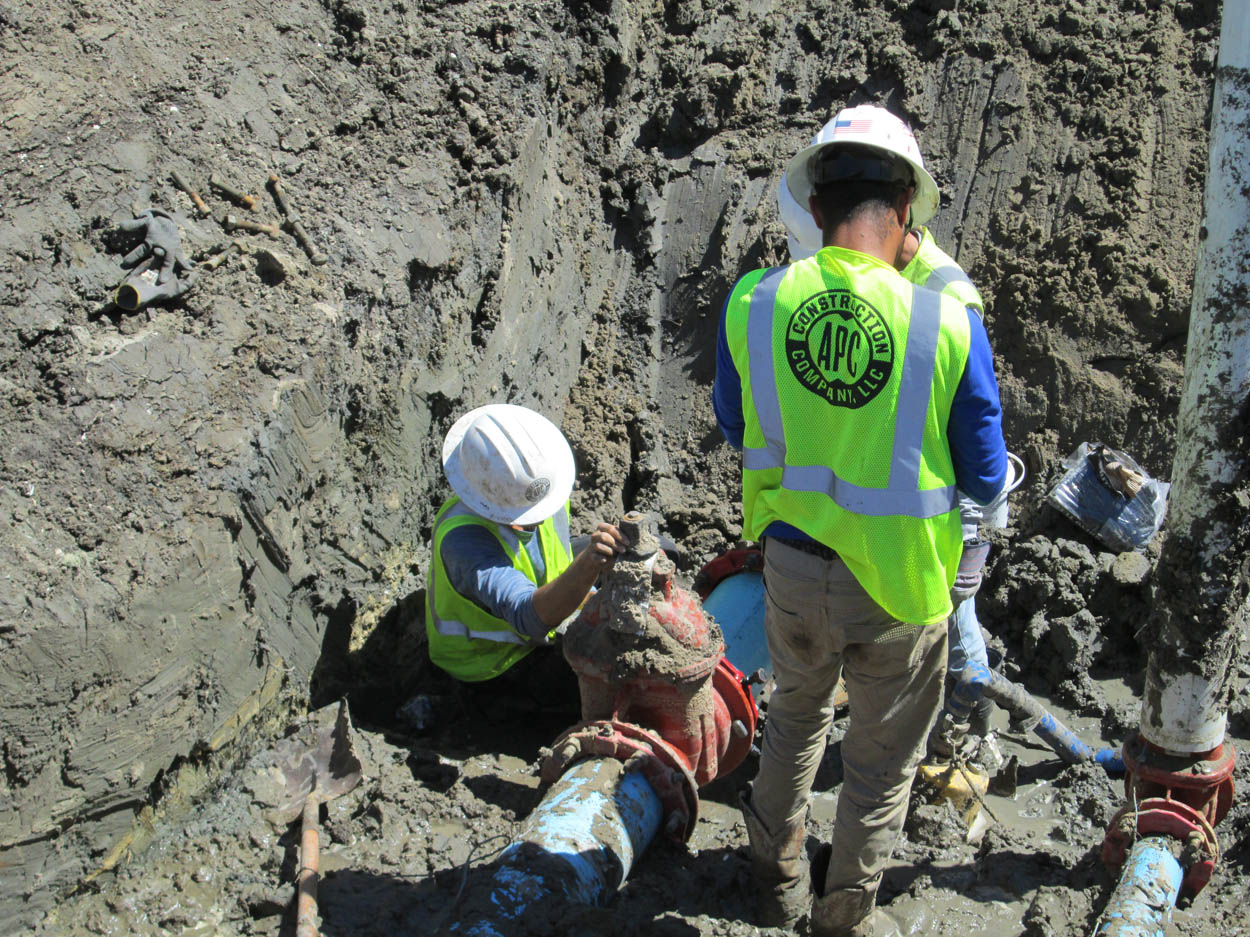 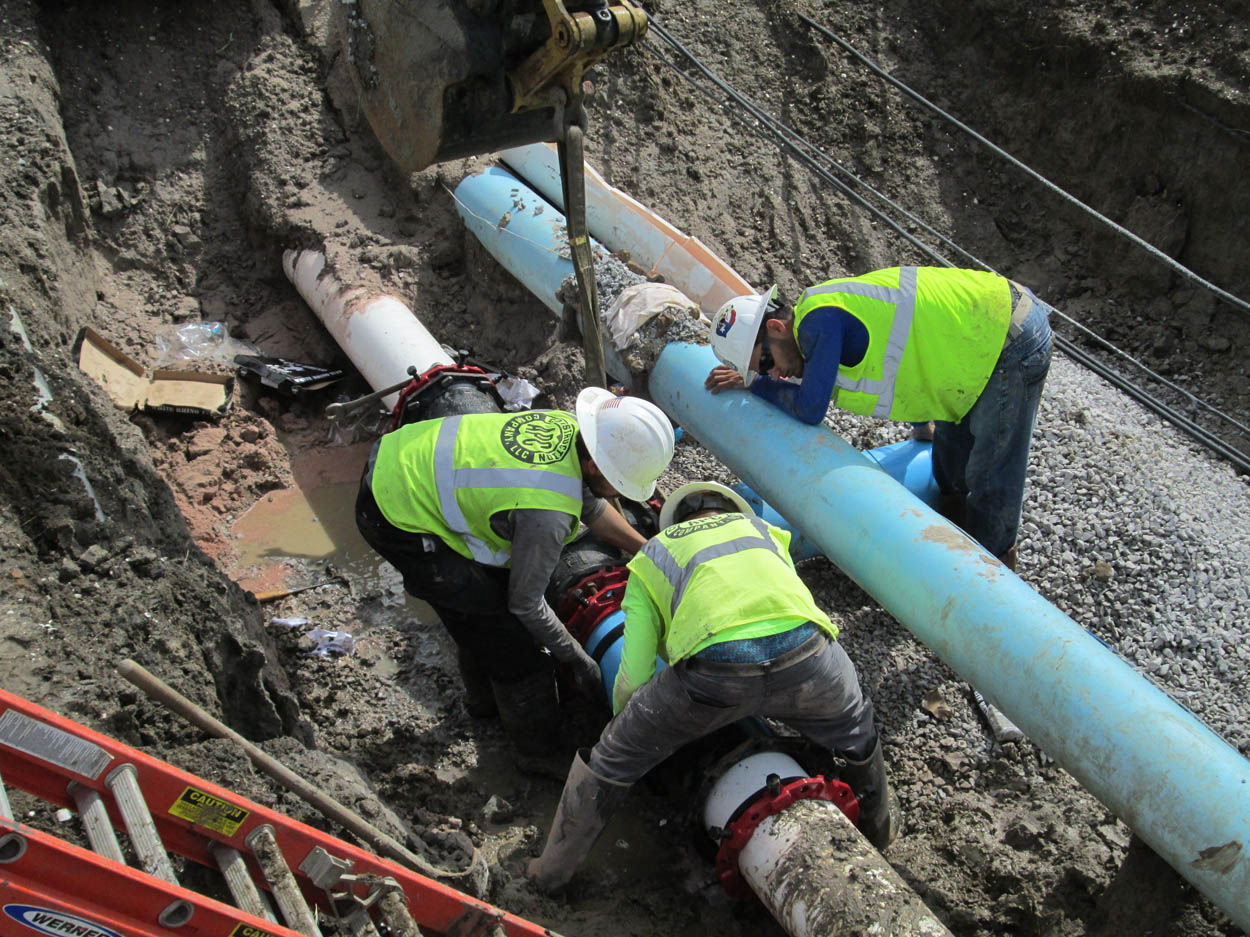 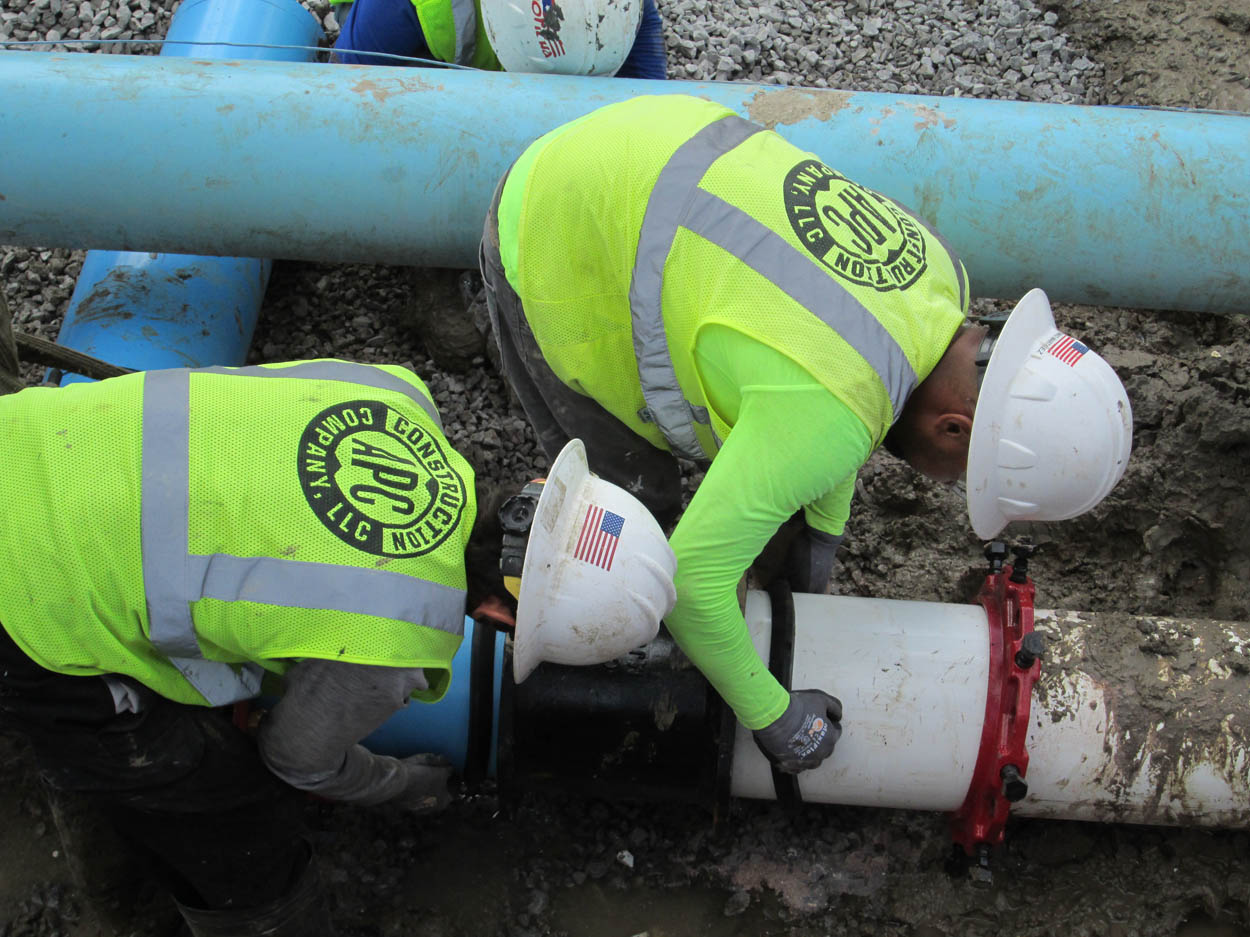 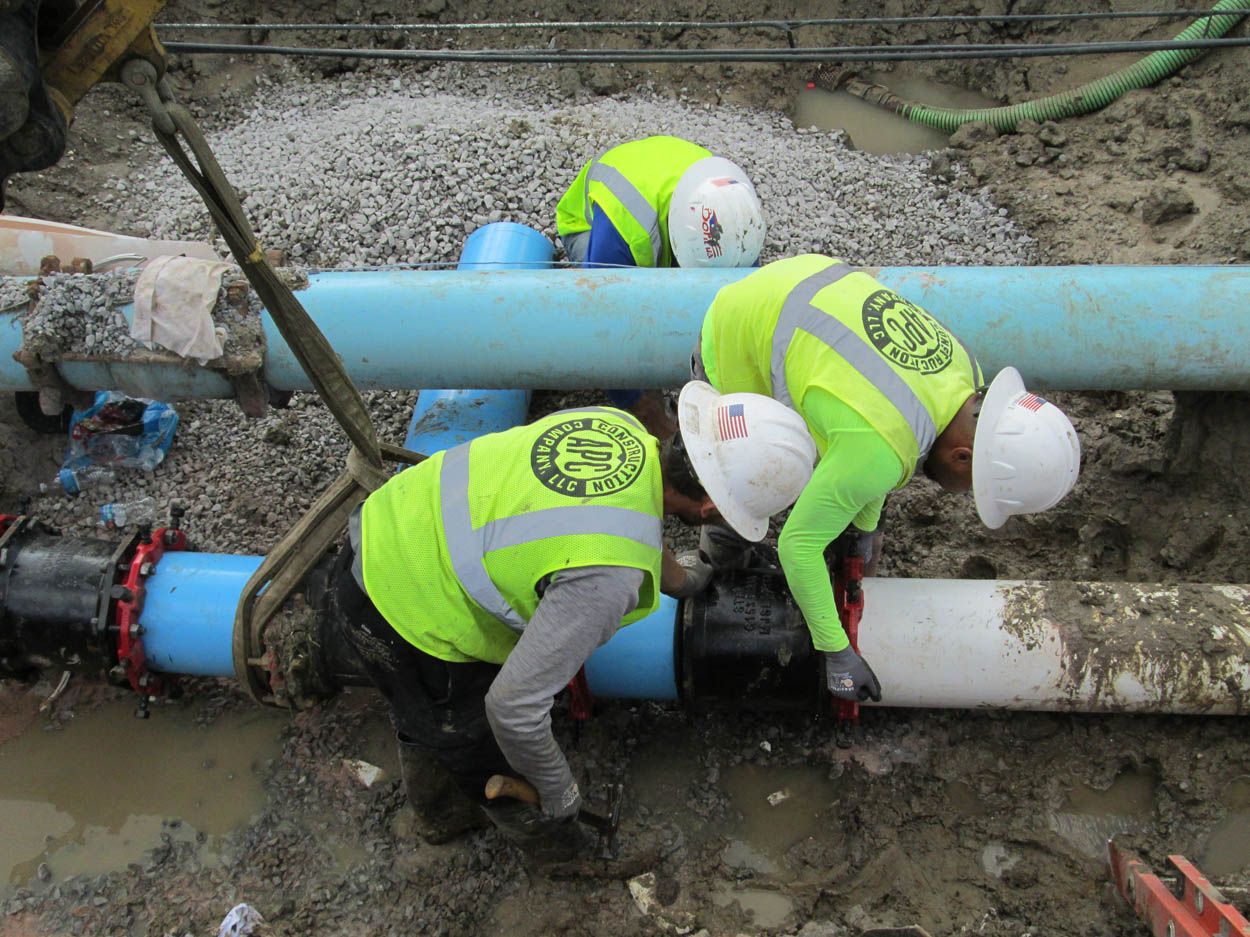 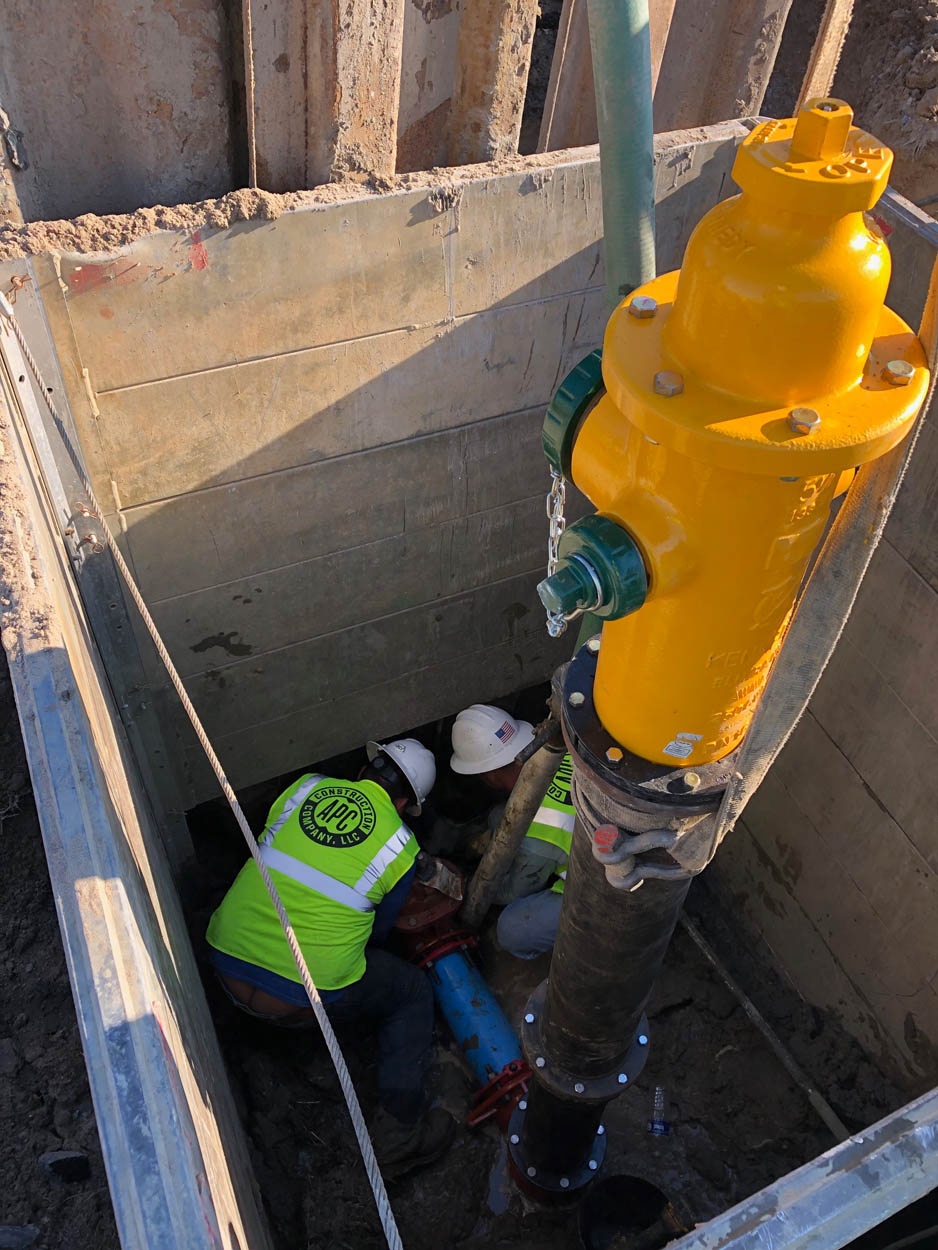 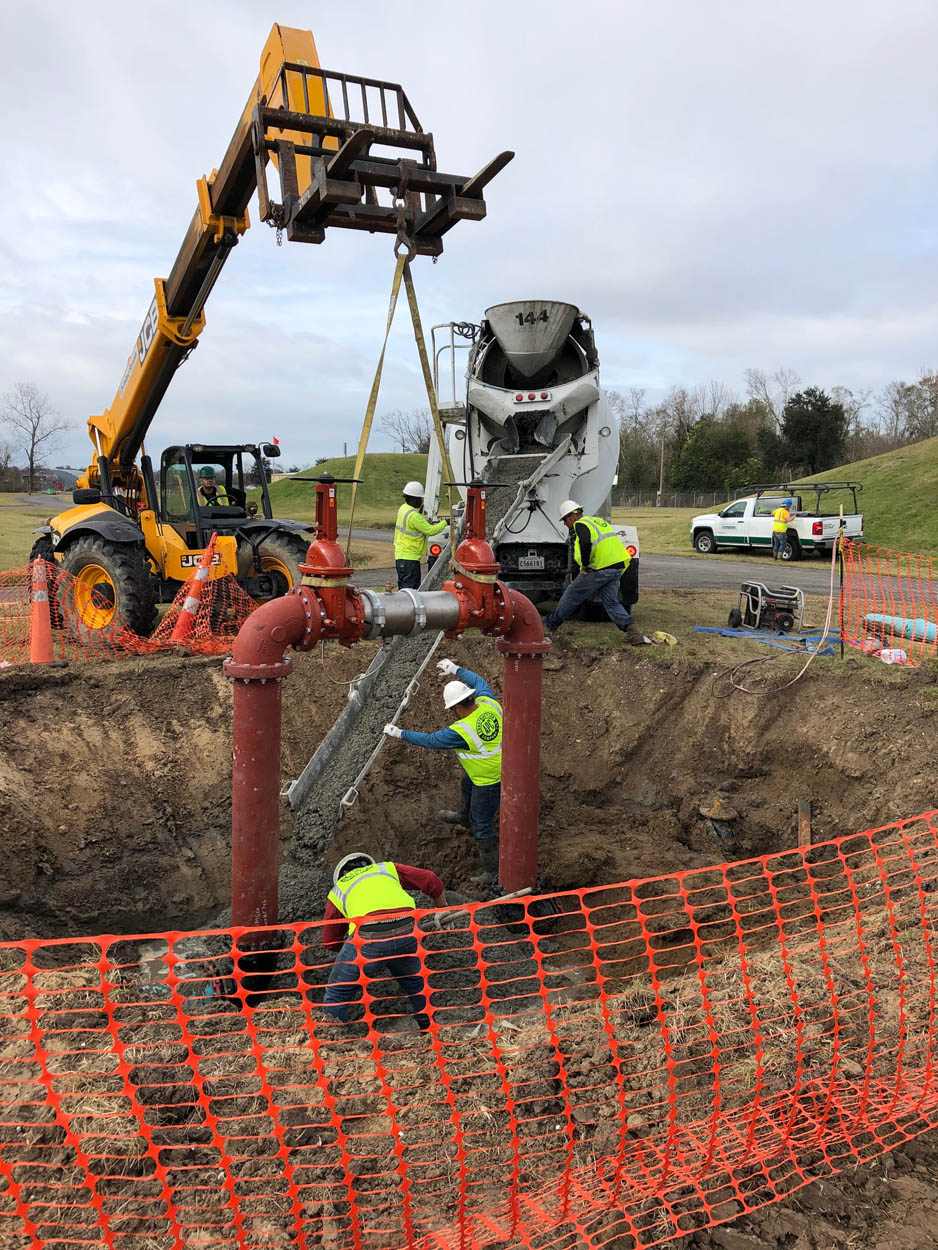 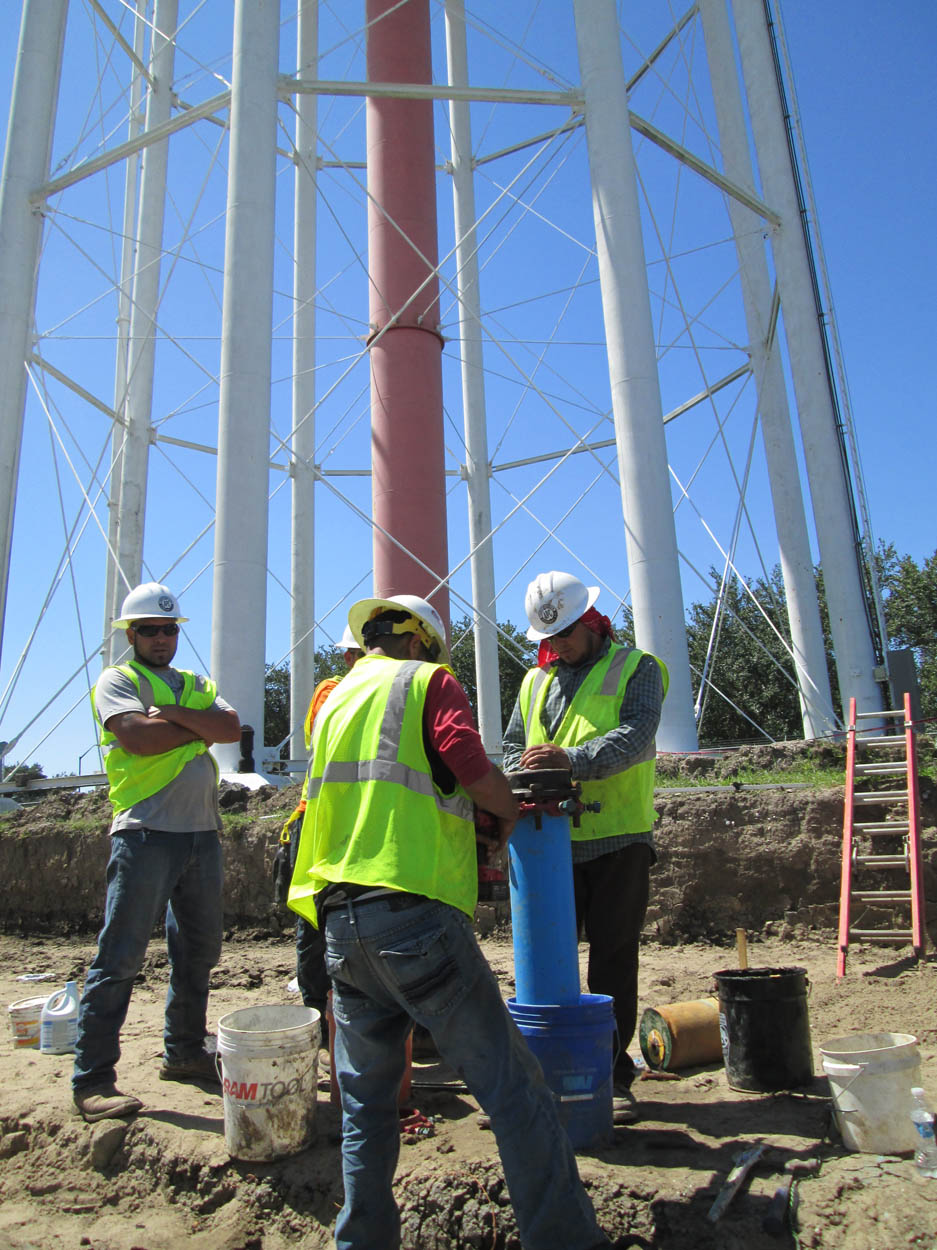 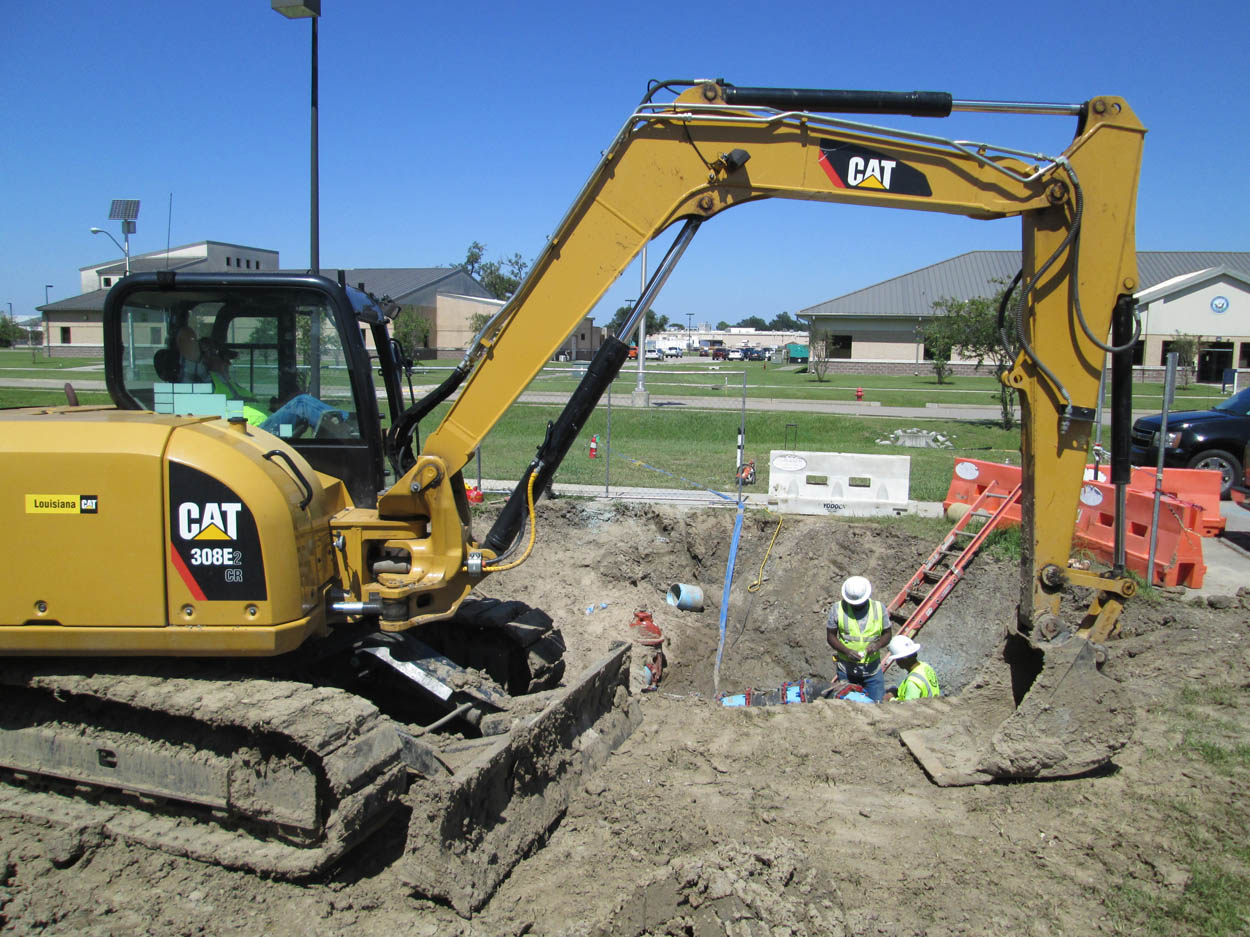 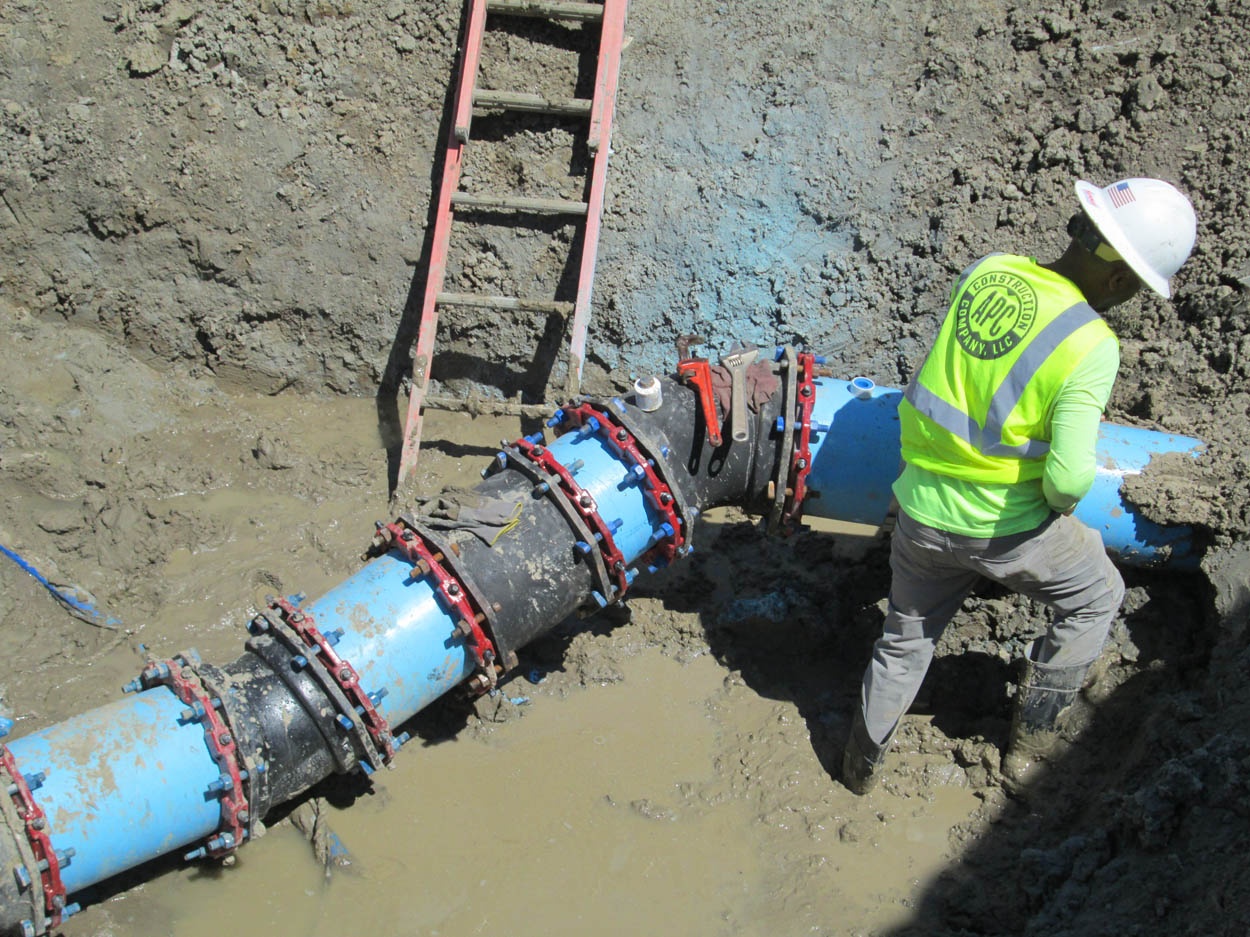 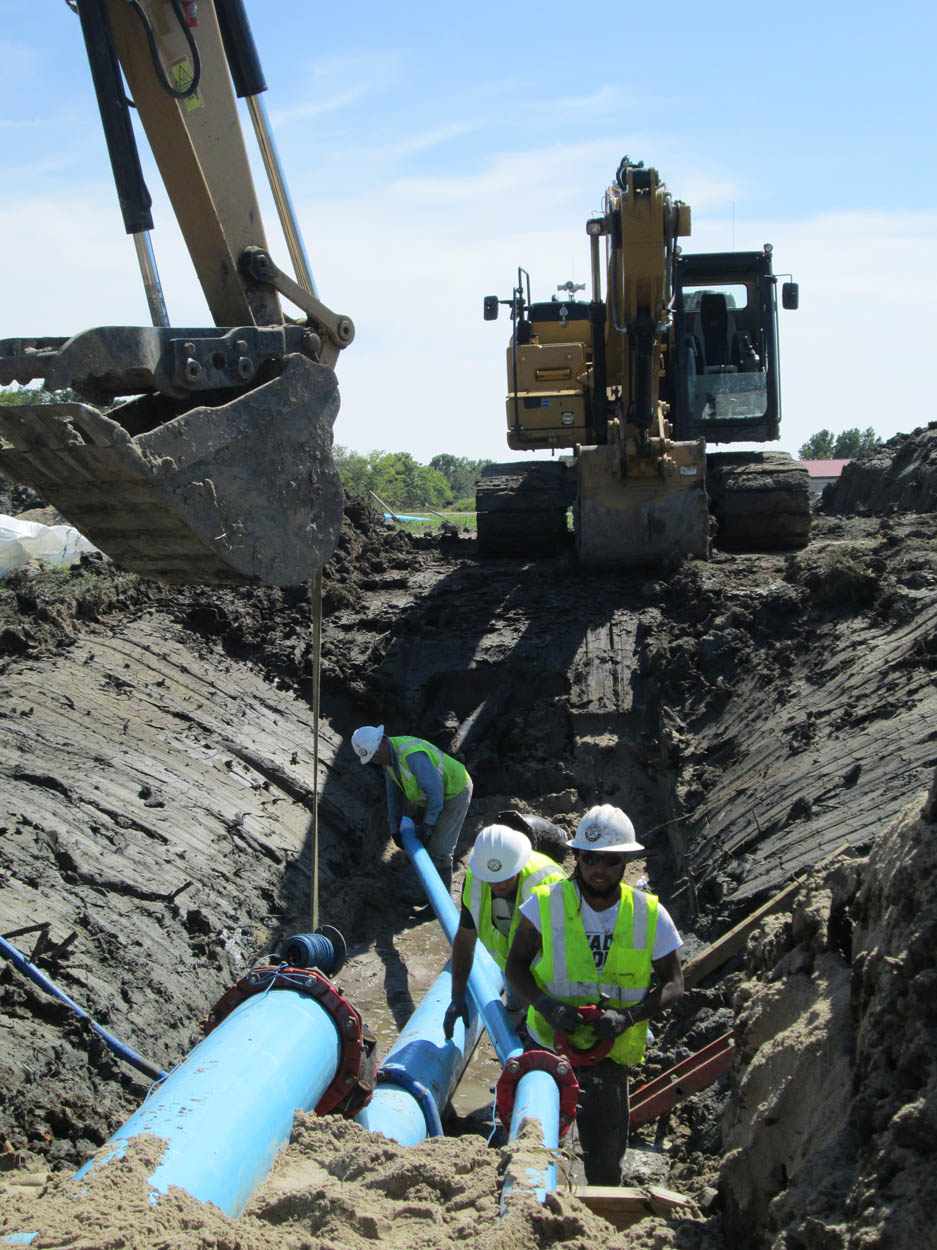 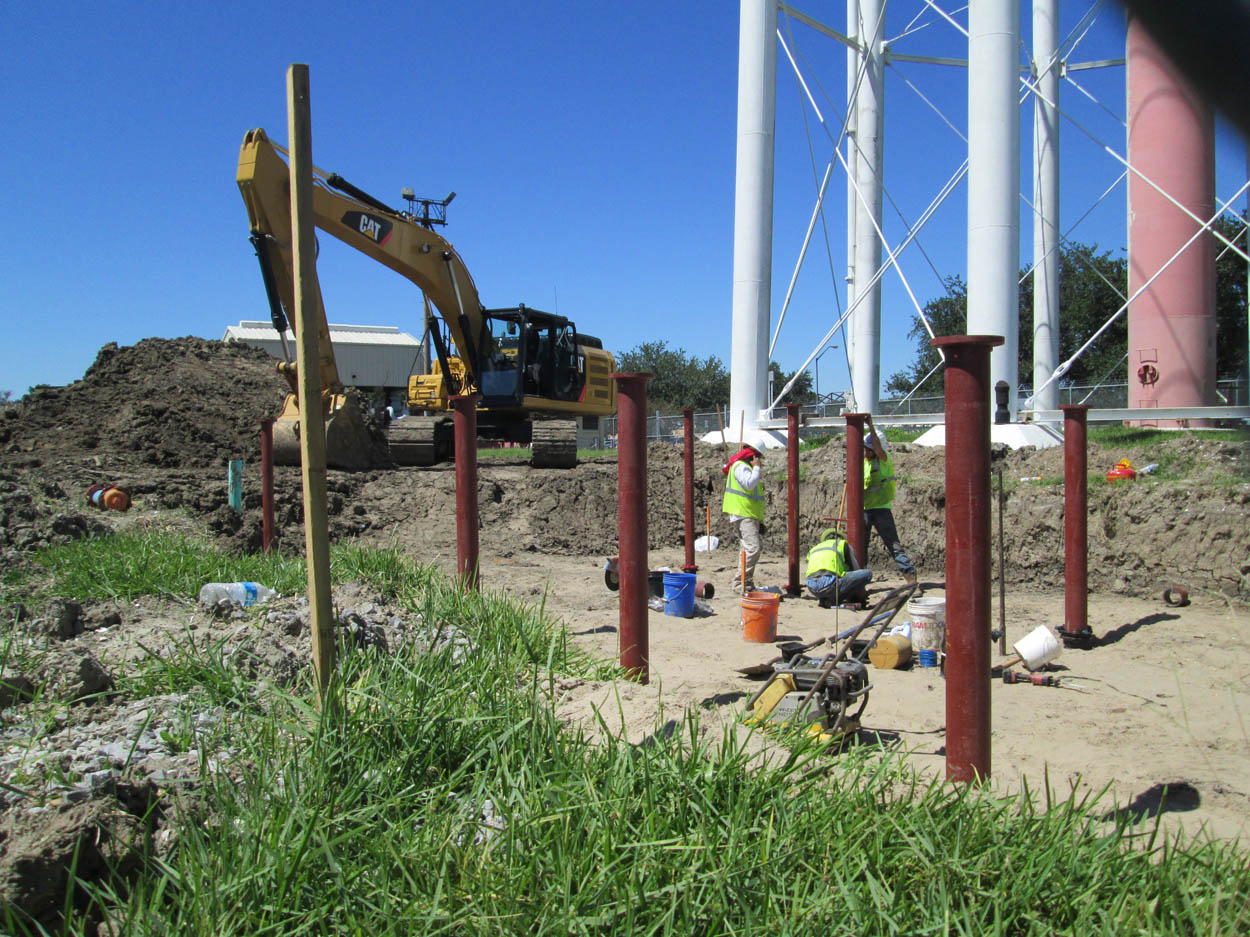 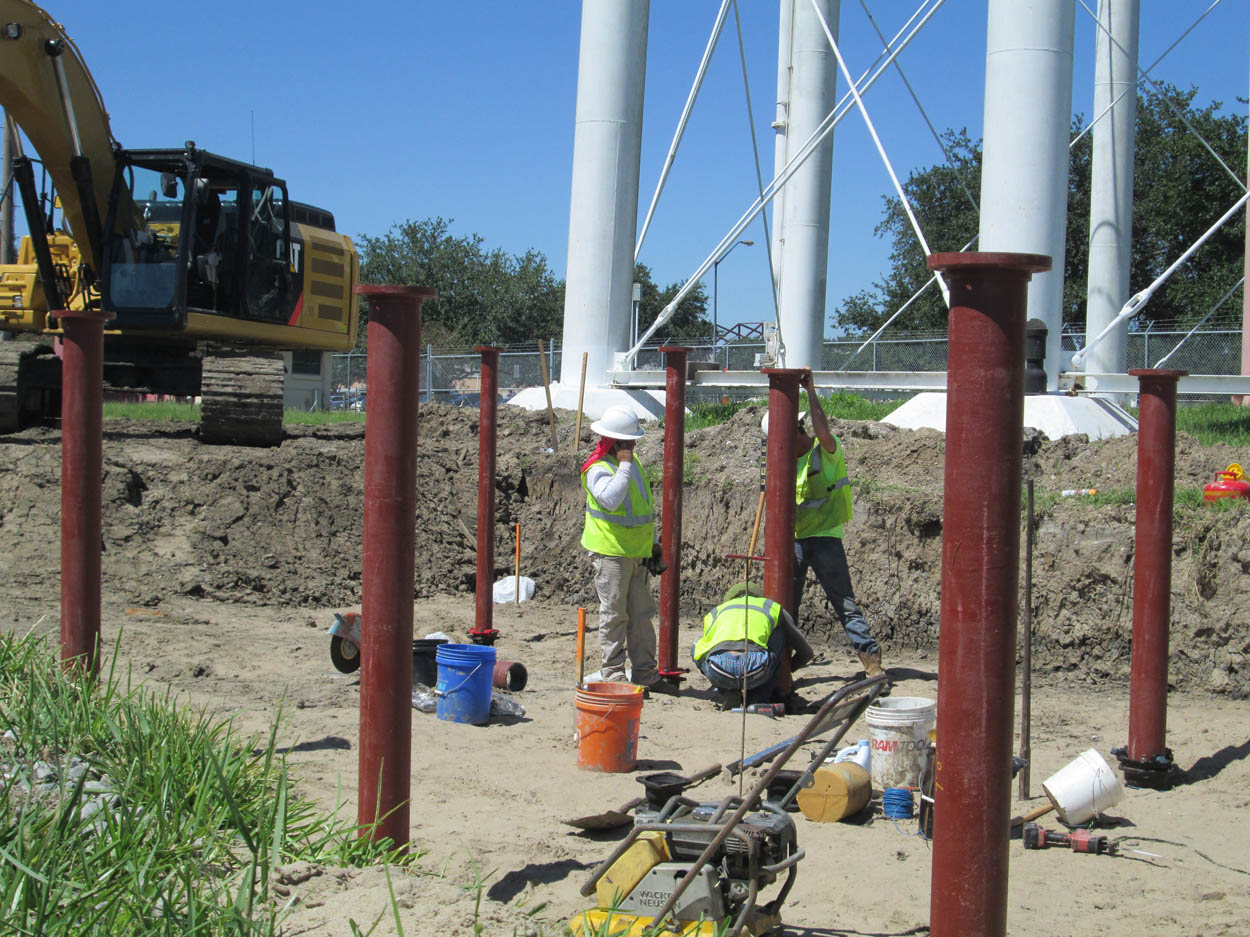 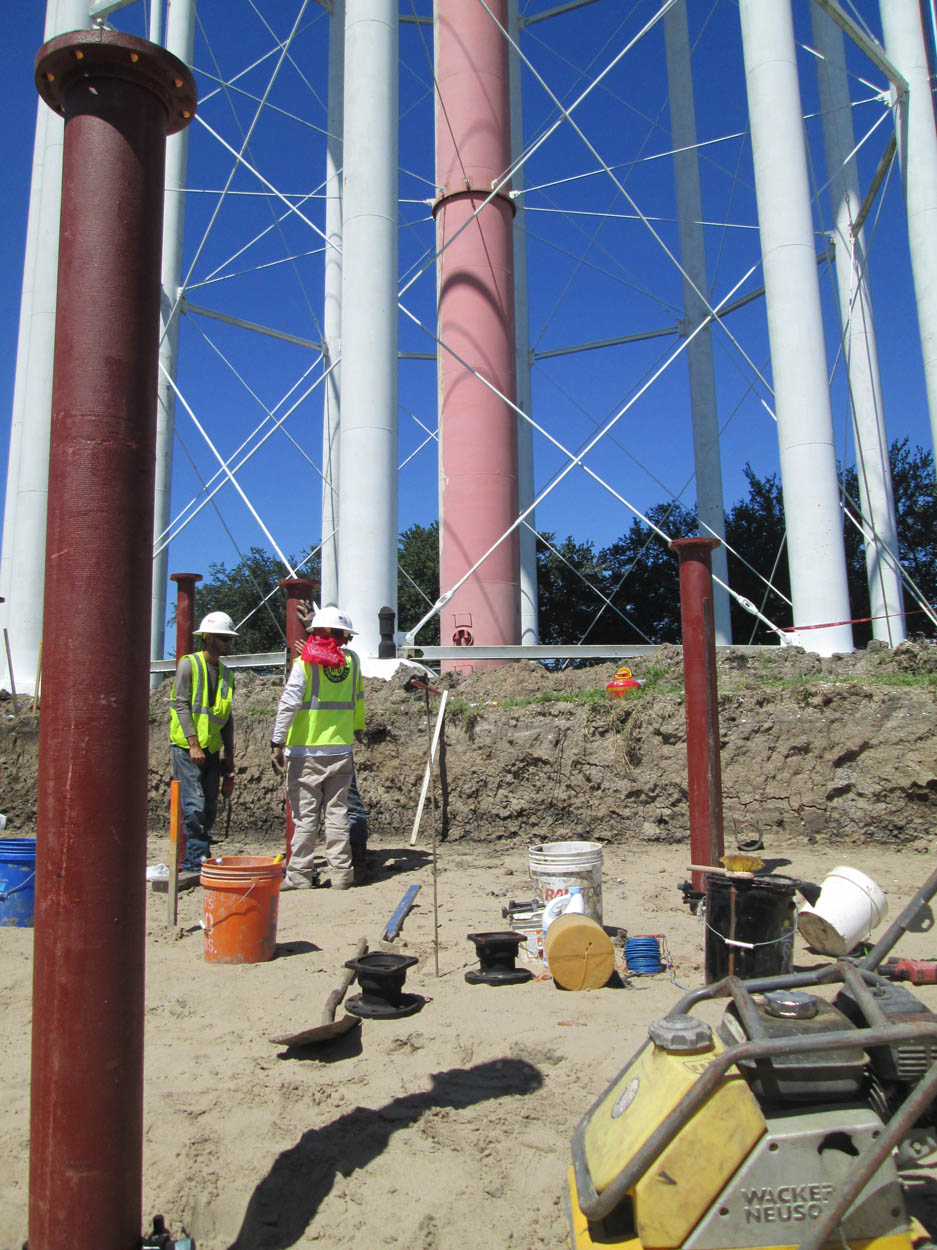